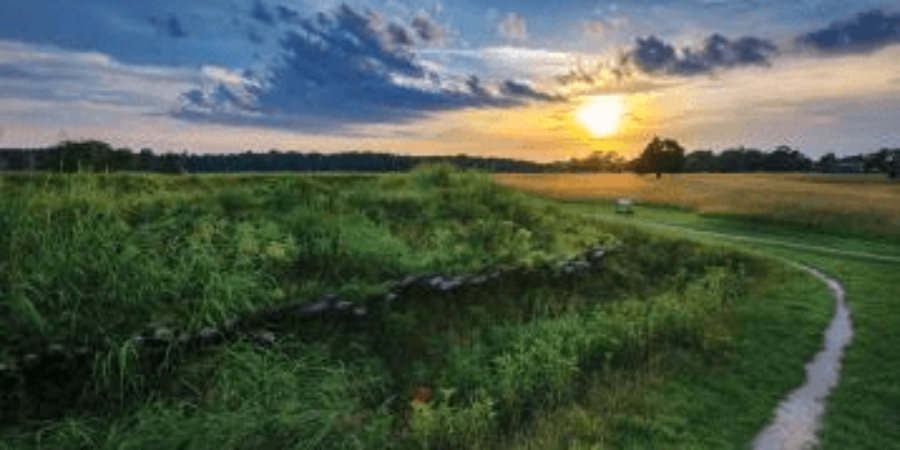 RICHMOND – The Virginia Department of Historic Resources today announced over 562 acres of battlefield will be placed under protection through grants from this year’s Virginia Battlefield Preservation Fund. The awards totaling $1.15 million will be disbursed by the Department of Historic Resources (DHR) to the American Battlefield Trust and the Shenandoah Valley Battlefields Foundation. These nonprofit organizations will use the state funds awards to secure matching private donations with the goal of preserving targeted acreage.The Shenandoah Valley Battlefields Foundation (SVBF) will receive up to $255,000 to purchase a land tract in Frederick County associated with the Battle of Opequon (also known as Third Winchester) and an easement on farmland in Shenandoah County connected to the Battle of Toms Brook.The American Battlefield Trust (ABT) will receive as much as $895,000 to purchase acreage connected with the battles of Cold Harbor and North Anna (both in Hanover Co.), Second Deep Bottom and New Market Heights (Henrico Co.), Reams Station (Dinwiddie Co.), Rappahannock Station II (Culpeper Co.), Yorktown, and the Siege of Petersburg between June 1864 and April 1864, when Union forces tried to break the Confederate army of Gen. Robert E. Lee.